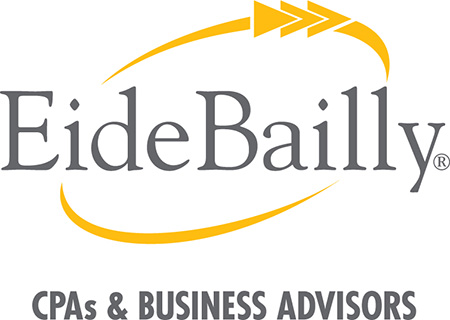 A version of this article previously appeared on EideBailly.com

The U.S. Treasury has released a 114-page “Green Book” detailing the tax proposals included in President Joe Biden’s budget for Fiscal Year 2022, which begins on October 1, 2021.

Biden originally submitted his budget to Congress on May 28, 2021. The president’s budget is not a bill and Congress is not bound to include any of its provisions in legislation. Instead, budgets are a statement about a president’s legislative priorities. They are aspirational documents, and in many cases, their tax proposals never become law.

What is in President Biden’s proposed tax budget?

The president’s budget includes $3.6 trillion in revenue proposals. All of the provisions were either a part of the American Jobs Plan or the American Families Plan (released earlier this year).

Here are some of the proposed tax changes.

These changes would be effective for taxable years beginning after December 31, 2021, and would be indexed for inflation beginning in 2023.

This change would be effective for taxable years beginning after December 31, 2021.

“This proposal would be effective for gains required to be recognized after the date of announcement,” according to the Green Book. The proposal was announced on April 28, 2021.

Significantly modify the taxation of the international activities of U.S.-owned businesses.

This would include requiring the global minimum tax regime to be applied on a country-by-country basis, restricting the ability to shelter income through physical investment in foreign countries, limiting the deduction of interest by a U.S. corporation to its proportionate share of the international group’s net interest expense for financial reporting purposes, and by further limiting inversions.

These changes would generally be effective for taxable years beginning after December 31, 2021.

Limit the amount of gain eligible for deferral under section 1031.

The amount of gain eligible for deferral would be limited to $500,000 ($1 million for married filing jointly).

This would include repealing items like the enhanced oil recovery credit for eligible costs attributable to a qualified enhanced oil recovery project; the credit for oil and gas produced from marginal wells; the percentage depletion deduction for oil and natural gas wells and hard mineral fossil fuels; and the expensing of intangible drilling costs. In most cases, the effective date for these changes would be for taxable years beginning after December 31, 2021.

This would include a business tax credit for new medium- and heavy-duty zero-emission vehicles, production of low carbon emission fuels, electricity transmission investments and the manufacture of clean energy property in tax years beginning after December 31, 2021. Certain of these incentives are proposed to be subject to a dollar cap.

Transfers of appreciated property by gift or on death would be taxed as realization events, subject to a $1 million per person exemption, effectively allowing stepped-up basis with respect to exempted property.

Exceptions would be provided for transfers to a charity or to a U.S. spouse where carryover basis would apply. Payment of the tax on family-owned farms and businesses would be deferred. The proposal would be effective for gains on property transferred by gift, and on property owned at death by decedents after December 31, 2021, as well as on certain property owned by trusts, partnerships, and other non-corporate entities on January 1, 2022.

Ensure that all trade or business income of taxpayers with adjusted gross income in excess of $400,000 would be subject to either the 3.8% Medicare tax or the 3.8% net investment income tax.

Other Items Contained in the Biden Tax Bill

The budget also includes proposals to regulate professional tax preparers by providing the Treasury Secretary with “explicit authority to regulate all paid preparers of Federal tax returns, including by establishing mandatory minimum competency standards,” according to the Green Book.

Aside from increased oversight on paid tax return preparers, the budget proposes to increase penalties on “ghost preparers,” which the Treasury defines as paid preparers who fail to identify themselves on tax returns.

The effective date for increased oversight provisions would be the date of enactment. Rules governing “ghost preparers” would be effective for returns required to be filed after December 31, 2021.

The budget would also extend and/or make permanent certain tax credits that were previously included in the American Families Plan.

While these proposed tax changes are not law, and could be subject to change, affected taxpayers may consider speaking with their tax advisers now in order to be ready to adapt to changes once they become final.

Dive Deeper: Questions about how this proposed legislation could affect you? Visit EideBailly.com to read more.