Employment climbs in October, spending grows in September; compensation rises less than in 2019

Construction spending in September increased 0.3% from August and 1.5% from September 2019 to a seasonally adjusted annual rate of $1.414 trillion, the Census Bureau reported on Monday. The increase was the fourth monthly gain in a row but still left spending 1.9% below the pre-pandemic peak of $1.441 trillion reached in February. Private residential construction spending rose 2.8% for the month and 3.0% from February to September. Combined public and private nonresidential construction spending slipped 1.6% for the month and 5.5% over seven months. All major nonresidential categories decreased since February, with the largest, power, down 9.0% (including electric power, -9.9%, and oil and gas field structures and pipelines, -6.6%), followed by highway and street construction, down 14%. There were wide differences among narrower spending segments. For instance, education construction slid 4.7% over seven months, with primary/secondary school construction up 1.3% and higher education down 14%. Census’s commercial category declined 3.8% since February, comprising warehouses, up 2.1%, and retail structures, down 10%.

“Merit Shop contractors anticipate skilled craft hourly wage increases of 2.64% in 2020 (2.91% excluding zeros),” construction compensation data firm PAS reported on October 14. The last year in which increases averaged less than 3% was 2010, at 2.5%. “Actual increases for 2019 were 3.25% (including zeros) and 3.26% (excluding zeros). These increases are across the board for all craft, contractor types, sizes, and regions of the country. WorldatWork reports 2020 actual construction increases at 3.1% for nonexempt hourly non-union positions. Historically, our projected numbers are slightly lower than the actual year-end figure, but in this year of COVID-19, that most likely won’t be the case….our September 2020 Pay Practices Update Survey…examined pay trends for the remainder of 2020 and the first forecast of 2021 increases for professional, middle management, and executive positions. As might be expected, 2020 ended up being a time of uncertainty, most notably with roughly one in five contractors freezing pay. However, 2021 projected increases were more optimistic with 88% of contractors anticipating average increases of about 3.3%. Of course, that’s not the entire story. We were surprised by the wide variances in contractor responses by revenue size, contractor type, construction sector, and region of the country. Average projections ranged from 2.3% to 4.6% depending on the contractor’s demographic profile.” 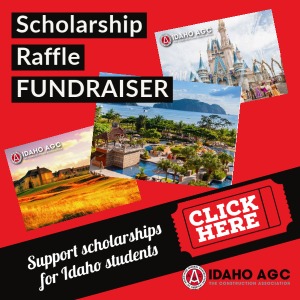