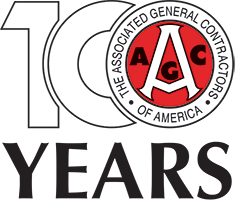 The producer price index (PPI) for final demand in December, not seasonally adjusted, decreased 0.3% from November but increased 2.5% y/y from December 2017, the Bureau of Labor Statistics (BLS) reported on Tuesday. AGC posted tables and an explanation focusing on construction prices and costs. Final demand includes goods, services and five types of nonresidential buildings that BLS says make up 31% of total construction. The PPI for new nonresidential building construction—a measure of the price that contractors say they would charge to build a fixed set of buildings—was unchanged for the month but rose 5.3% y/y, matching the November 2017-November 2018 change as the largest 12-month increase since the series began in June 2009. Increases ranged from 4.1% y/y for warehouses to 4.5% for health care buildings, 5.6% for offices, 5.5% for schools and 5.9% for industrial buildings. Increases in PPIs for subcontractors' new, repair and maintenance work on nonresidential buildings ranged from 0.6% y/y for roofing contractors to 4.8% for plumbing contractors, 5.0% for electrical contractors and 6.2% for concrete contractors. The PPI for inputs to construction—excluding capital investment, labor and imports—comprises a mix of goods (56%) and services (44%). This index decreased 0.8% for the month but increased 3.8% y/y, the second-straight month in which the "bid price" PPI increased more than the input cost PPI. Increases for inputs to seven nonresidential structure types were similar, ranging from 3.4% for power and communication structures to 4.6% for highways and streets. PPIs for inputs to new residential structures rose 3.5% y/y for single-family and 3.9% for multifamily. The PPI for services inputs to construction rose 4.4%, compared to a 3.7% increase in 2017. The index for goods inputs (including items consumed by contractors, such as diesel fuel) climbed 3.5%, down from 5.0% in 2017, as the PPI for energy inputs fell 3.9% in 2018 after rising 21% in 2017. Th PPI for goods less food and energy increased 4.8% in 2018, up from 3.3% in 2017. Inputs important to construction that had large one- or 12-month price changes include steel mill products, down 0.9% for the month but up 19% y/y; diesel fuel, -12% and 5.0% asphalt felts and coatings, 1.8% and 11%, respectively; asphalt paving mixtures and blocks, 0 and 10%; architectural coatings, 0.3% and 7.2%; truck transportation of freight, 0.4% and 6.8%; aluminum mill shapes, -0.4% and 63%; insulation materials, -0.5% and 5.1%; diesel fuel, -12% and 5.0%; and copper and brass mill shapes, 1.3% and -5.6%. Readers are invited to send copies of price-change notices to simonsonk@agc.org.

"Spending on nonresidential buildings nationally is projected to grow by 4.4% this year, paced by healthy gains in the industrial and institutional building sectors," American Institute of Architects chief economist Kermit Baker wrote on Wednesday, reporting the consensus of eight forecasts. "For 2020, growth is projected to slow to 2.4%, with essentially no increase in spending on commercial facilities but gains in the 3% range in the industrial and institutional categories. Still, there is growing concern inside and outside of the industry that a broader economic downturn may be materializing over the next 12 to 24 months. Continued healthy gains in construction activity in the near-term is the projection of the [panel. They] see the 2018 growth rate remaining essentially unchanged for this year. However, the composition will change significantly. Last year, spending on commercial facilities increased around 7% while advancing by about half that rate for institutional buildings and declining for the industrial sector. This year, gains in each of the major building sectors are expected to be in the 3-5% range."

"Economic activity increased in most of the U.S., with eight of 12 Federal Reserve districts reporting modest to moderate growth," the Federal Reserve reported on Wednesday in the latest "Beige Book," based on information collected from late November through January 7. The Beige Book is a compilation of informal soundings of business conditions in the 12 Fed districts, which are referenced by the name of their headquarters cities. "New home construction and existing home sales were little changed, with several districts reporting that sales were limited by rising prices and low inventory. Commercial real estate activity was also little changed on balance. All Districts noted that labor markets were tight and that firms were struggling to find workers at any skill level. Minneapolis indicated that construction firms had turned down business because they could not find workers." AGC compiled all construction-related comments.